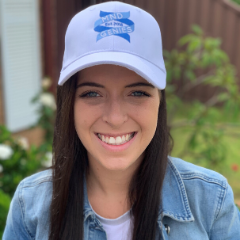 If you don’t know me,

I’m nothing to you.

If you do know me,

I’m the equivalent of hell.

I’m known as the beast.

The beast that robs you of your movement,

The beast that robs you of independence and dignity,

The same beast that eventually,

robs you of your life.

the wrath of me once.

You’ll grieve your loved one,

And continue to fight for them.

You’ll grieve your loved one

and continue to fight me,

For yourself and the other members of your family.

The people I prey on,

they put up a good fight.

Even when there’s no cure in sight.

Even in their darkest moments,

I don’t understand , I’ve taken everything.

There are a lot of people fighting against me,

Putting in the hard yards to defeat me,

I know one day,

they will overpower me.

This gives my victims hope,

This intensifies my victims’ challenge.

They won’t go down without a fight.

I’ll tell you there have been,

One day my reign will be over,

and you will get to live a life free,

In 2015 her mother was diagnosed with MND, the second person in the family to have the disease. Shortly after their mum was diagnosed, Kaitlin and her sister Jessica underwent genetic testing, both testing positive for the C9orf72 gene. Kaitlin is now 26 years old and wrote this poem to raise awareness during MND Week.

‘This poem was inspired by some of the darkest days I’ve experienced since losing my mother to MND and finding out I carry the familial gene,’ she said. ‘It exposes the raw and vulnerable feelings I’ve experienced in my fight against MND.’

‘Sometimes it feels like we were dealt a bad hand, like we were kicked while we were already down and pushed to the point of breaking,’ she continued. ‘Although I wish my sister didn’t also carry the gene, I was fortunate to have her by my side so we could support each other through these dark days. I couldn’t imagine doing it alone.’

Kaitlin found light at the end of the tunnel when she met another young woman named Rebecca who carried a different familial gene. Together with Rebecca and her sister, she founded MND Genies, a support network available to people who have tested positive to a familial MND gene and are feeling lost and left out in the dark the way these three young women felt.

‘It’s comforting meeting other people in the same situation as you. We’re able to support each other while sharing personal experiences of MND,’ said Kaitlin.

And what are her plans for the future?

Kaitlin has said she won’t back down in the battle against the BEAST known as Motor Neurone Disease.

‘I will continue to fight for not only my mum and her brother but for myself and anyone else whose lives have been altered by MND,’ she said.